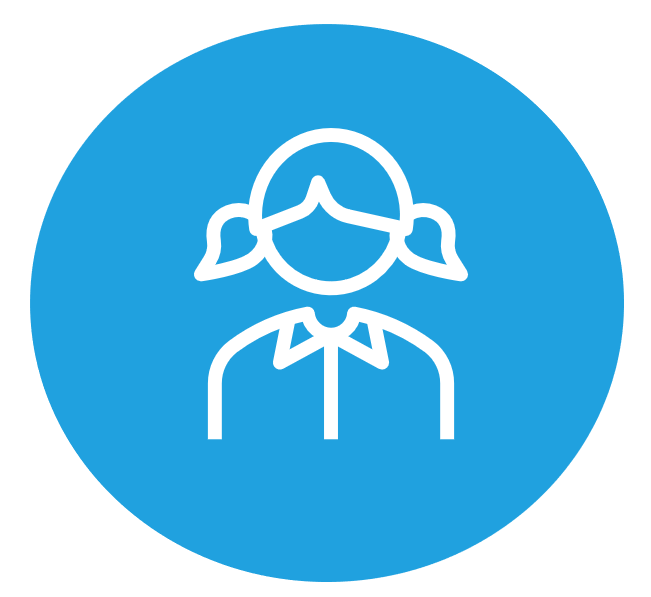 Who’s ready to go back to school?

We hate to break it to you / are excited to inform you [delete as appropriate] that it’s nearly time to send the kids back to school (and of course, kids in Scotland have already been back for two weeks). With this in mind, we’ve been asking some back to school questions. We’ve also been asking about school uniform, school choice and bedtime.

1. Nine out of ten parents plan to send kids back to school

Thinking about how they make this decision, parents tell us that information from the school, and the safety measures in place in the school are crucial.

Having said that, one in five parents report that they haven’t heard yet from their child’s school or nursery about new Covid safety measures  for the autumn term. Amongst our Parent Ping sample, secondary schools have been in touch more recently than primaries (32% compared to 21%), probably as staff have been back in school to deal with GCSE and A-Level results.

Around a third (37%) of parents told us that they have received information about their school or nursery’s new Covid safety measures in a format that they can share with their child, e.g. a video. One user got in touch via app feedback to suggest that this type of communication is less necessary in secondary schools but interestingly the data suggests it happens more frequently in secondaries (34%) than primaries (19%).

Regular Pingers will have noticed that we have now asked twice if you’ve bought items of school uniform yet… We first asked at the beginning of August and we asked again this week. As you would expect, the proportion of parents who have got some items of uniform increased from 28% to 40% and those that had got ALL the uniform increased from 19% to 28%. Don’t worry though, there’s still a chilled out 18% who haven’t got anything yet… we’ll keep you updated!

2. While we’re talking about school uniform…

This week we asked some extra questions about uniform too. We asked:

Imagine two schools identical in every way, except one has a school uniform and the other doesn’t. Which would you choose?

Overall, most parents told us that they would prefer a school that has a uniform, only 16% said they’d choose the school without. The group that had the strongest preference for civvies (but still less than a quarter of respondents) were parents who have children in both primary and secondary schools – perhaps due to the cost (and hassle) of buying two sets of uniform. Some people also got in touch to say their response to this has been affected by Covid & the need to wash uniform more frequently… one to look into in more detail in future.

Most parents reported spending less than £100 on uniform to get their children ready for the start of the new school year (excluding shoes and PE trainers) with surprisingly little difference between primary and secondary. Some people may think that this seems low, but perhaps it reflects (or encompasses) the cost of ‘topping up’ uniform, as opposed to buying it from scratch – we will ask about the latter in future.

Most parents (69%) reported that the felt they had a genuine choice in deciding which school their child attends. Location (72%), suiting the child (71%) and an inclusive ethos (70%) were the top factors parents identified in choosing a school. 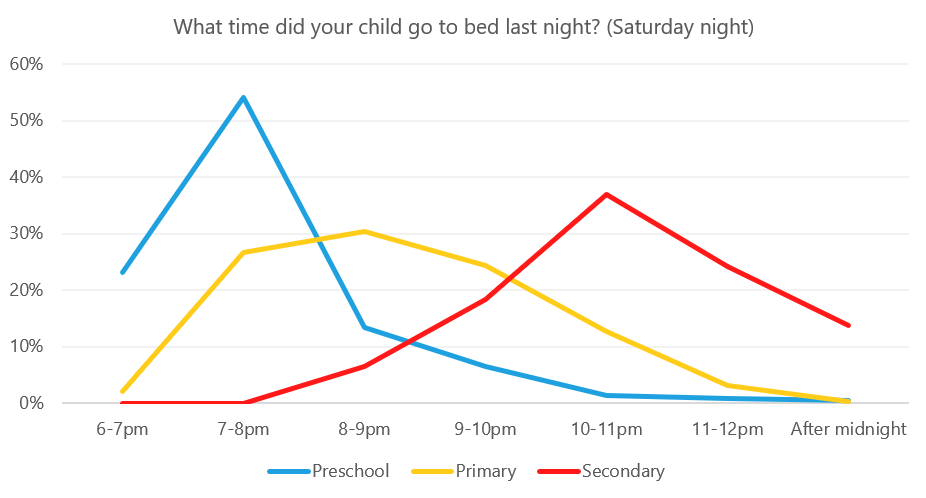 Most bedtimes are set by the adults in the household. From primary school, some children (9%) start getting a say in bedtime and by secondary 1 in 5 kids are involved in the discussion (and the same proportion don’t have a set bedtime at all).

Following on from this, it is therefore unsurprising that secondary-age kids are the group most likely to have a different bedtime in the holidays compared to term time (95% of households with at least one secondary age child). Strangely, fewer dads (59%) than mums (74%) reported different term time bedtimes.

Are you enjoying Parent Ping? We want to increase the number of daily users so that we can target questions and increase the insights that we are able to share. When we reach 1,000 daily users we will turn on BADGES! Help us encourage more users by copying the text below and sending it to all your parent buddies…

Have you heard of Parent Ping? It's a new daily app that helps you learn how other parents are dealing with life in less than 2 mins a day! Answer questions, learn from others, and be part of a powerful voice in important conversations. Download for free

Three tips were within 5 clicks of being the top tip last week… Sneaking into the top spot was this blog about teenagers. But honourable mentions also go to this guide to shoe shopping and the NHS sleep experts.

Next week we have questions on conversations, clubs and Covid. And don’t forget to look out for tips on parenting styles and work-life balance.