Which children have been most affected by a year of lockdowns?

Lockdown has affected everyone differently, including our children. As we mark one year of lockdowns, we look at how home-learning might change the future of home-school communication and how you think your children’s future will be affected by the pandemic.

Also in the blog… where in the country are you most likely to get pudding, and is your sleep improving?

The effect of a year of lockdowns

Those of you with older kids (particularly those facing exams) are the most concerned that your children’s future will be negatively affected by the past year. Parents with younger children are more likely to report that it won’t make any difference to their future. But let’s not forget the parents who have seen a brighter side to lockdown and report that it will positively influences their children’s future.

Who you gonna call?

After a year of lockdown, how have home-school relations changed? 44% of parents with primary and pre-school aged children say they now understand more and feel more involved in their children’s learning. But for parents of secondary aged children, there’s less impact – 41% say there’s no difference.

Despite the positivity, only 12% of you feel more able to discuss your child’s progress with their teacher, and only 11% think parents influence government thinking about education policy.

During the lockdowns, parents and schools communicated with one another more than usual. But has that left you wanting more? We asked if you’d like more communication about your child’s learning and school life. 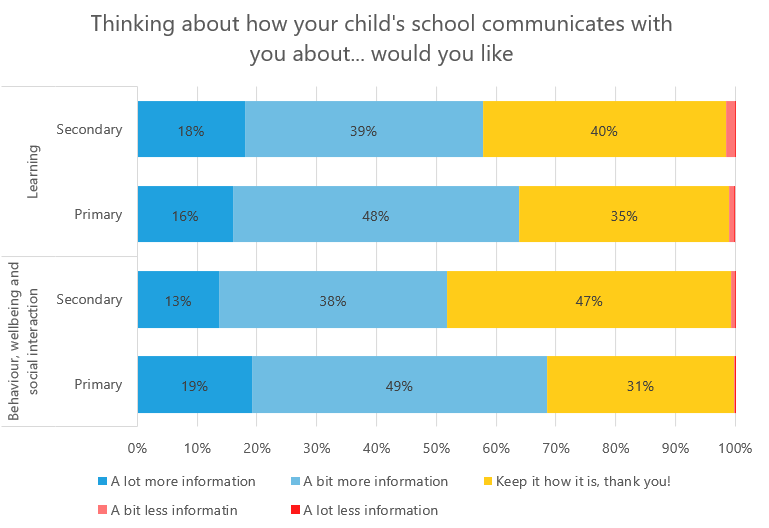 Whilst most of you said you’d like more communication, parents with kids in secondary school are happier with the amount of they receive than their primary parent counterparts. We’ll dig into what exactly this might look like in next week’s questions.

But while we’re talking about communication… We also asked: ‘Imagine there’s been a problem with your child at school… who do the school phone first?’ A whopping 95% of mums said it’d be them, compared to only 44% of dads.

Last weekend we asked about your evening meals* as we wanted to know how many of you cook and eat with your children, given this is often considered an essential part of family life.

Most of you said that you eat your evening meal with your children, particularly if they are older. Parents in London were less likely than parents in other regions to report eating together with their children.

Most of you reported that your family meals are home-made. However, this was more likely in the South West and East of England and less likely in London and the East Midlands.

And where in the country are you most likely to eat a pudding? 38% of parents in the South West said they had a dessert with every meal, compared to only 24% in the North West!

*The name of this meal also revealed a big regional difference, with Pingers in the south calling it ‘dinner’ whilst Pingers in the north told us the correct term is ‘tea.’ 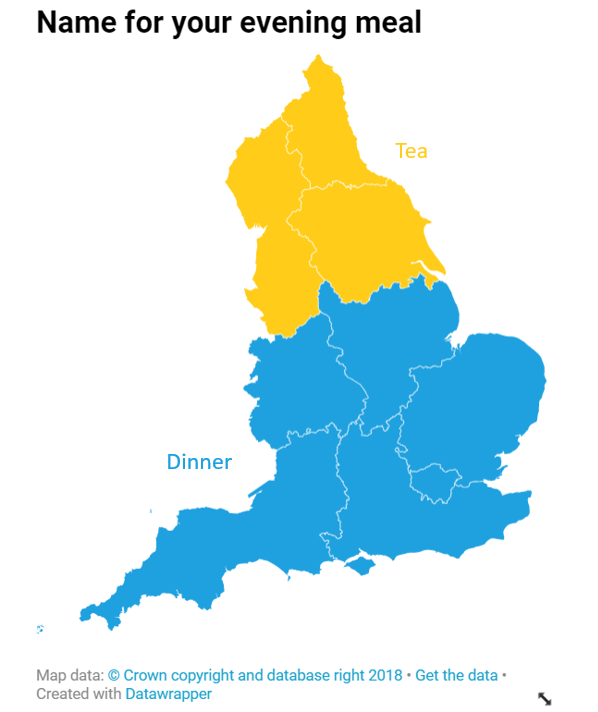 As we creep toward the end of lockdown, it seems your sleep is improving. For World Sleep Day last week, we asked about the quality of your sleep. We last looked at this in January, but this month we saw a slight but convincing increase in very good & good sleep. Typical that this happens just as the clocks change to British Summer Time! 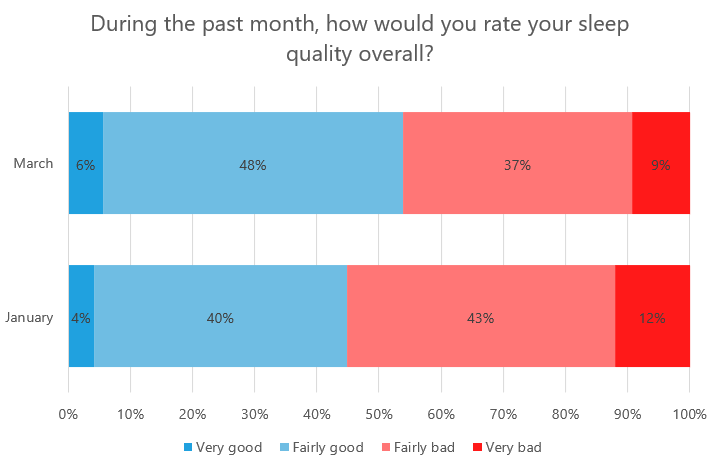 Next week we have questions on flexible working, chocolate and the first in a series of questions on children’s self-esteem. Don’t miss a question… Download the app and set your notifications to PING every day!