As we entered the second national lockdown, Parent Ping tackled some of the big issues about schools remaining open. We’ve also got a quick look at what you are still managing to do despite the restrictions, plus the low-down on the gendered issues (or not) when buying kids’ clothes.

Do you want schools to stay open during the November lockdown? After the nightmare of lockdown last time, nearly 3 in 4 of you agree or strongly agree they should! You also want schools to remain open, even if the infection spread rate does not improve. However, you would like to see a rota system introduced, to enable smaller classes, if it gets to this. 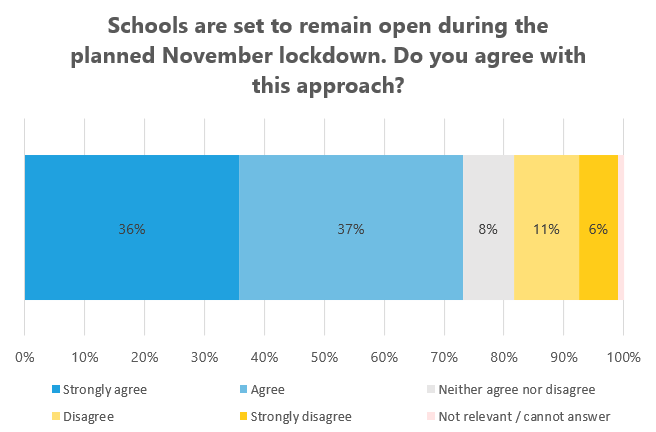 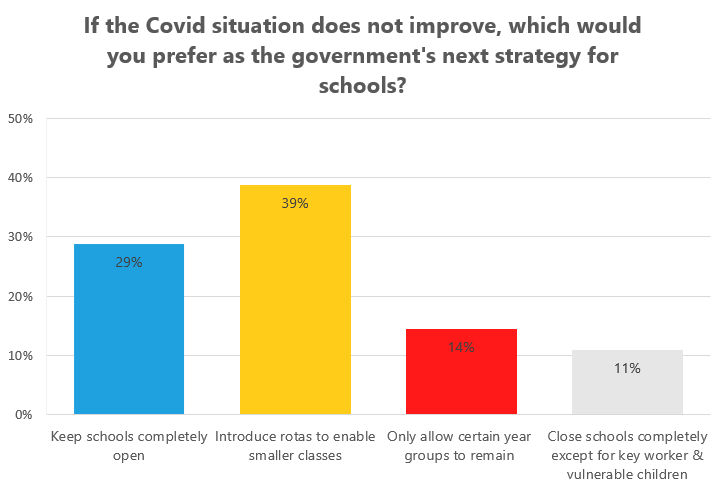 (By the way… we removed parents who are also teachers from this data, as they understandably have different views about school closure due to their own health and safety concerns.)

How concerned are you that your own child might catch or spread Covid at school? Parents who are not teachers are less concerned about this than those who are. Which  suggests that teachers genuinely think the risk is higher than other parents do. Something to bear in mind as lockdown continues? 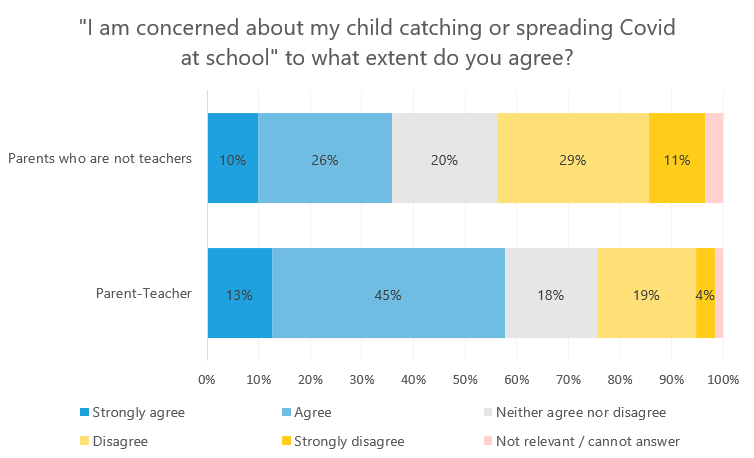 The other big education issue at the moment is what will happen to exams if kids keep having to miss extended periods of school? Just like Teacher Tapp, we asked you about SATs and GCSEs this week.

We expected to see a difference between parent-teachers and non (and as expected, parent-teachers were far more anti-test than other parents when it came to SATs, and non-teachers felt less sure about the options when it came to GCSEs). But what surprised us, was the difference between mums & dads… mums felt much more strongly than dads that parents should have the right to remove their child from SATs and that teacher assessment should replace exams. 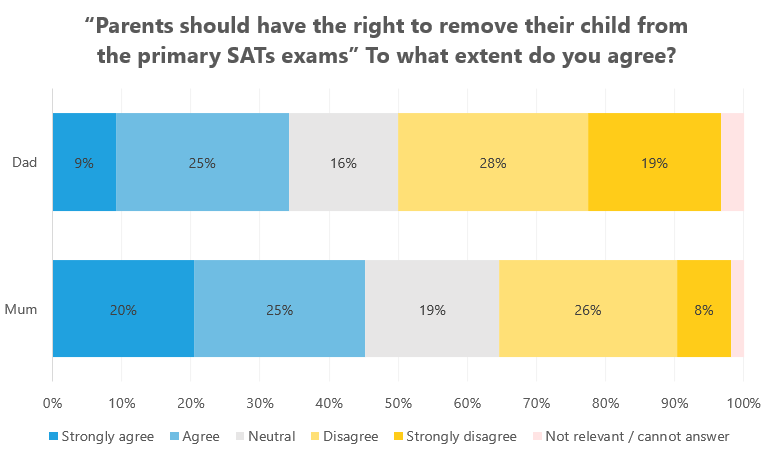 Do you shop in colours?!

What’s pink, sparkly and un-washable? Girls’ clothes (well, according to Pingers in our Facebook Group anyway)! At the Group’s suggestion, we asked how many of you ‘shop across the aisle’ when it comes to kids clothes and it turns out that lots of you do.

However, we spotted a big difference between mums and dads on this one, with half of mums saying they buy boys clothes for girls compared to only 39% of dads. Parents of both genders were a bit more aligned when asked about the need for different sections in shops for boys’ clothes and girls’ clothes, with the majority agreeing that this is not necessary. 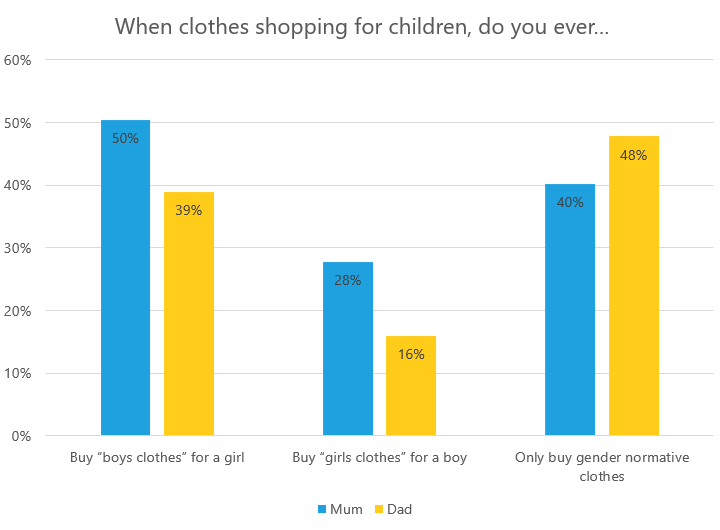 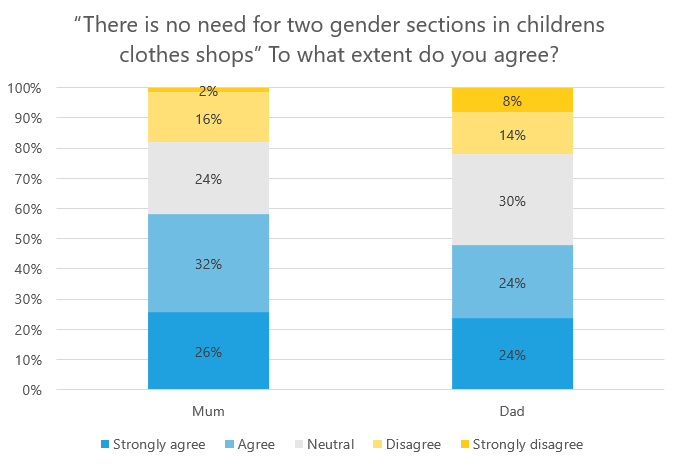 Whilst there might be lots of things that you can’t do during lockdown, there were still a few things happening last week…

64% of dads told us they carved a pumpkin

26% of families with a primary age child lit fireworks or sparklers on bonfire night.

…but if all else fails, you could always stick on the telly! We checked last week if TV is limited in the same way as other types of screen time and found that whilst around half of pre-school and primary kids are limited on the amount of TV they watch, only 21% of secondary kids have the same limit (interestingly, 50% of dads said TV is limited compared to only 42% of mums

BUT it turns out, few kids want to watch live TV these days (fair enough; that’s probably true for us grown-ups too), 54% of you said your kids would rather watch on-demand services and 37% said they’d rather have YouTube (51% if you were answering about secondary-aged kids). So perhaps you’d better get those devices charging too

We’ve got some serious questions about Covid and lockdown, but we’ve also got some fun planned with questions about Father Christmas and how to find some good luck on Friday the 13th 🍀 Don’t miss a question! Download the app and setting your notifications to PING every day!