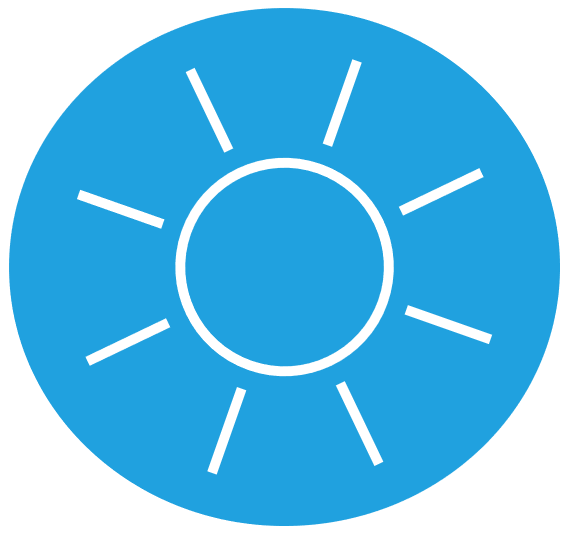 Have kids’ behaviours changed over summer?

As you know, we’ve been running our Summer

Survey over the course of the summer holidays to get a picture of what children are up to over the break, to find out what we don’t know!

You’ll have noticed that we have sometimes asked the same question over and over again, so we can see whether specific behaviours change as the summer holidays progress. These kinds of questions are called longitudinal questions.

How much time are parents spending with their children?

It can be tricky over the summer break to get the balance right between working and spending time with the children – some people aren’t able to get time off at all! We’ve been asking you how much time you’ve been able to spend with your children over the past six weeks.

At the start of the summer break, 82% of you reported spending at least an hour with your children each day, which has been rising over recent weeks to a weekly high of 88%. The more summer goes on, the more you want to see your kids! Or perhaps everyone has booked their holidays for the last few weeks of summer…

It’s not always as simple as that though, with many parents worrying that they’re not spending enough time with their children. Dads are slightly more likely to think this way – with 37% of them feeling they don’t spend enough time with then, compared to 32% of mums.

What do you think about video games?

Also as part of our Summer Survey, we’ve been asking you how much screen time your children have been getting over the summer and it’s remained fairly consistent over the weeks. Those children spending no time at all has remained stagnant on approximately 4%, as has the number spending over 4 hours, at 15%. Looks like you get into routines quickly and stick with them!

Primary school students are spending nearly two hours a day in front of a screen, just more than preschool.

What kinds of activities are students doing on these screens though – you told us about video games this week. You reported that 64% of boys spent some time on a video game, compared the just 41% of girls. Of those who are spending their days playing video games, they spend on average between 1 and 2 hours, true for both boys and girls who play video games.

What did you tell us about your attitudes towards video games though? Over the years, there have been several reports into how good (and bad) video games are for kids, but do you think that they are a good use of time for children? Mums and dads are slightly split on this one! 2-in-5 dads agree that computer games are a good hobby for young people, compared to just 1-in-5 mums.

If not video games, then what other toys?

Contrary to what some children might think, there’s more to life than video games! This week, we asked you about other toys you might buy for your children and your opinions on them.

When you were growing up, over 70% of dads reported having a toy gun and a similar number of mums reported having a Barbie doll. Whatever you had, though, it was likely to be plastic, with 92% of parents saying they had plastic toys when they were younger.

For some parents, a lot has changed in the toy world since they were kids, and some toys might not be as ‘in vogue’ as before. For example, while many of you had a toy gun when you were a child, 44% of you wouldn’t buy one for your child now out of principle.

Parents across the board don’t seem to be against plastic toys out of principle – with only 4% of parents saying they wouldn’t buy these for their children. There aren’t many alternatives – yet!

Next week, we’ve got questions to see how strict a parent you are. Plus, we continue the Summer

Survey! Download the app and set your notifications to PING every day!