It’s been the first full week of the summer holidays for most of you, how’s it going? Actually, don’t answer that! That is exactly what we are aiming to find out with the Parent Ping

️ Summer Survey! More on that below. Also we look back over the school year and we answer a Pinger’s question about whether other parents fork out for branded / fitted school shoes.

Looking forward to the summer hols

This week we began asking the first of our Parent Ping

Summer Survey questions, and to kick it off we looked at your holiday plans. As you’d probably expect, the number of families planning to go abroad is waaaay down on normal (non-covid) times, it’s also slightly down on last year too.

Plans to holiday in the UK are up (as you might have spotted from availability / prices). That’s up 15% on ‘normal’ times and up 50% on this time last year. 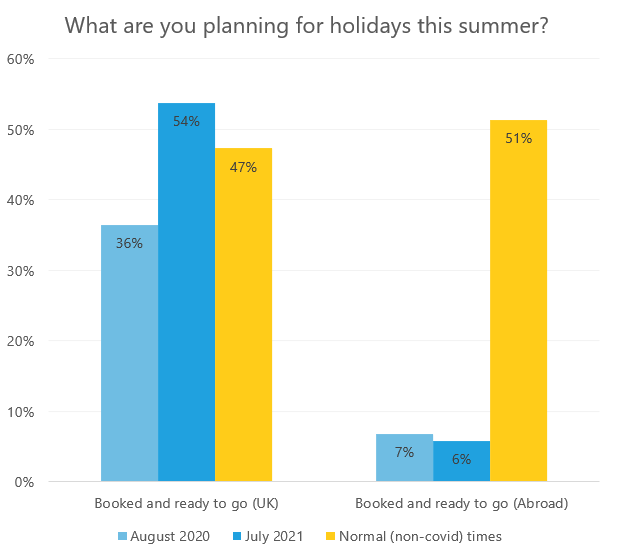 Looking back over the past school year

It’s been another disrupted school year, but how much of a concern is this? Although there’s been plenty in the press about children falling behind, when we compare your opinions to this time last year, what we mainly find is that you are now less certain – with twice as many of you saying ‘don’t know’ compared to last year. Given the experts can’t agree, this is unsurprising! 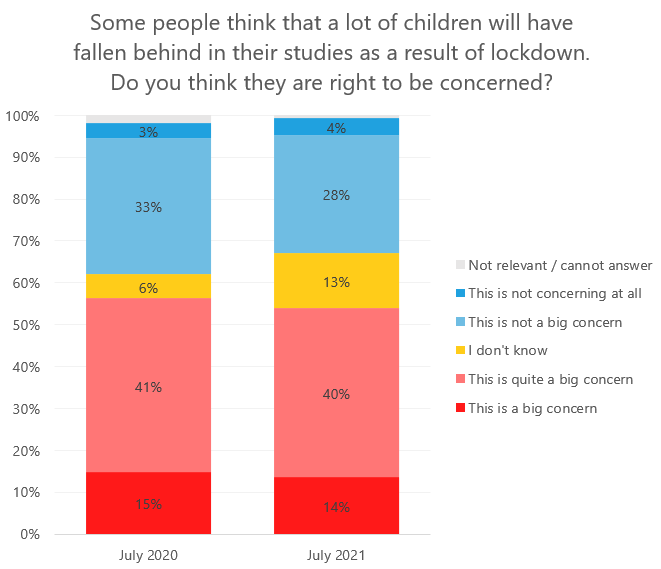 A noticeable change to last year, is that an increasing number of you don’t think the lockdowns will affect your child in the long term. 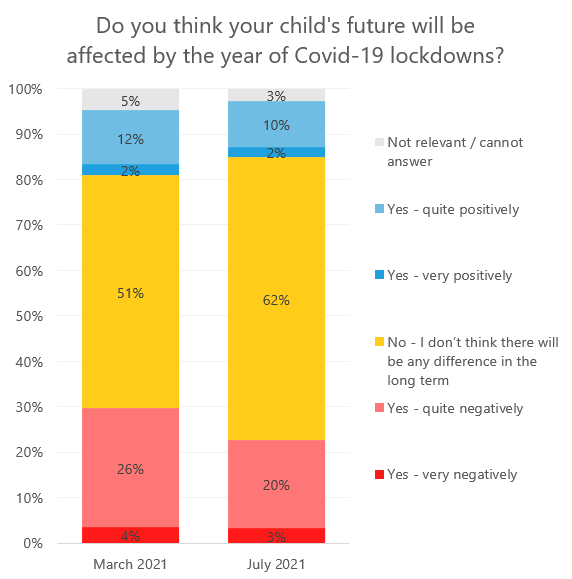 Do you buy branded / fitted shoes?

And while we’re looking back, how have school shoes faired this year? It depends how old your child is! In the first years of primary school – whether through growth spurts or sheer exuberance – kids go through far more shoes than kids in the upper years of secondary. This will be good news for the 51% of you that pay for fitted / branded shoes each time a new pair is needed. 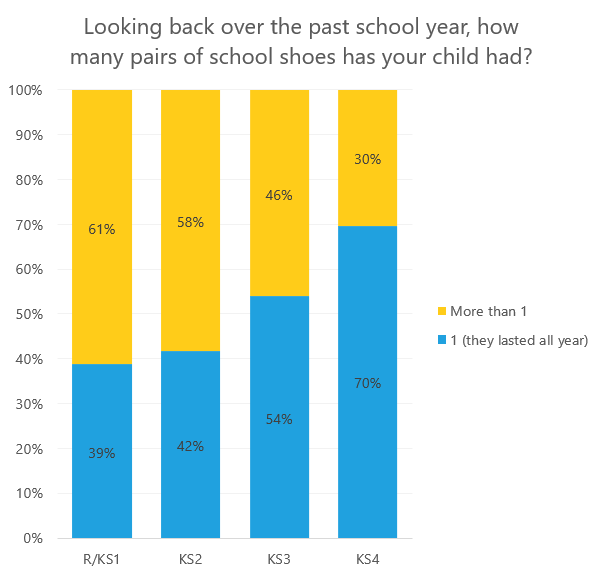 If it ain’t broke… asked if you’d like to shorten the 6-week summer break and re-distribute the days elsewhere in the year (e.g. longer October break), the majority of you opted for keeping things as they are (unlike the teachers).

20% of you will… keep all the work completed over the past year that your child brought home on the last day of term (while the rest of you slowly but surely bin most of it!)

The children’s party pyramid scheme… one of our Daily Reads last week described buying birthday presents for other kids as a pyramid scheme, i.e. you put a certain amount in & you’re hedging your bets that you’ll get a similar amount or more out. So how much is the average investment? For most of you it’s between £5 and £10.

You might recognise some of next week’s questions as we keep a close eye on summer activities as part of our latest research project – the Parent Ping ☀️ Summer Survey. Also look out for questions on table manners and body piercings! Download the app and set your notifications to PING every day!